The settlement was created on purpose. It was built in 1802, after the opening of the canal named after Francis II of Habsburg (today’s Great Bačka Canal). 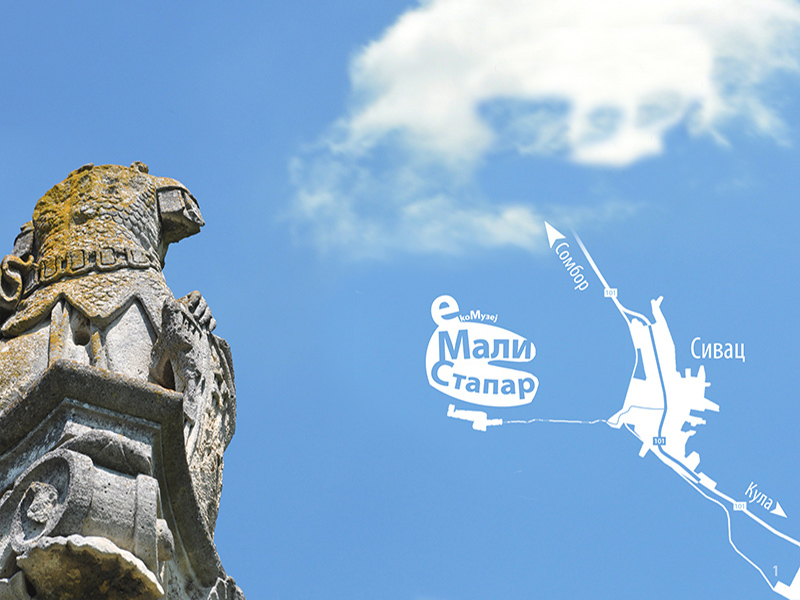 There is a lock in the settlement, which was built in 1793 and is the only one in operation out of a total of 4 built on the canal, which was also known as Francis’ Canal. These locks also had the function of a customs house and a place where taxes and other duties for the passage of ships were collected. The digging of the canal, the construction of the lock and the building of the technical administration of the canal, and a little later the construction of the mill – were the main conditions for increase of the population of Mali Stapar.

Various goods were loaded and unloaded on ships that stopped in the port, the mill was grounding flour, cafes and shops were working and the population of Mali Stapar, about 1000 of them at that time was living very actively. Out of the five mills built on the Grand Bačka Canal, only one from Mali Stapar has been preserved and it has retained its appearance from 1848, when it was first put into operation. 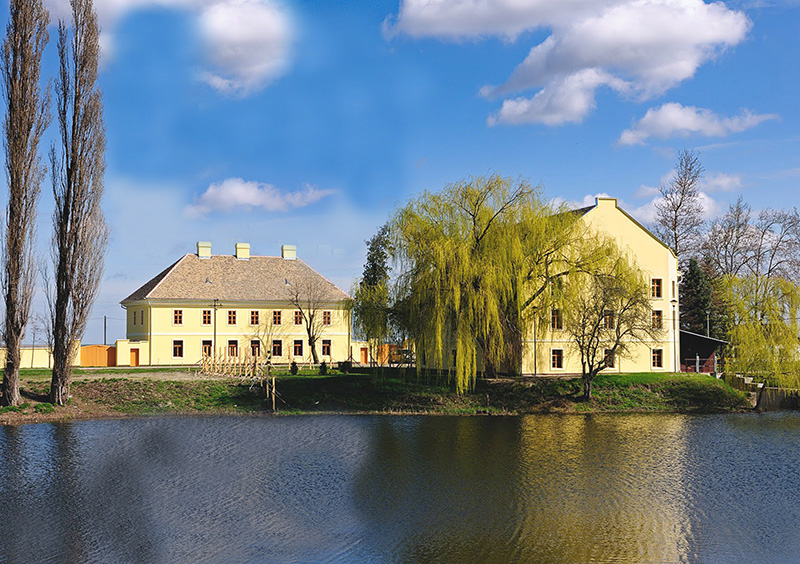 Due to the height difference of about 3 to 5 meters, there existed the conditions for the construction of a small hydroelectric power plant that supplied electricity to the administrative building, a five-storey mill and sections for processed rice grown on nearby Kosančić farms. At that time, rice was used for making cosmetic powder. People from Mali Stapar liked to brag that their powder, due to its exceptional quality, was used by ladies from Vienna. The mill operated until 1976, when its last tenant stopped grinding grain. 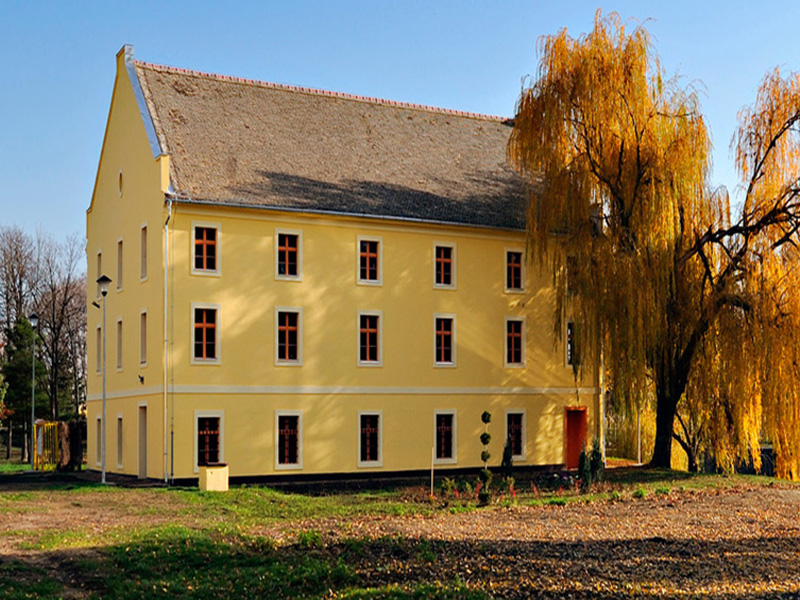 The lock of Mali Stapar has two-winged gates, originally made of oak, which were replaced by iron ones at the end of the 19th century. Brick walls have been repaired on several occasions. In addition to the lock, the building of the technical directorate was built, from which the designers, brothers Jozef and Gabor Kiš, supervised the construction of the Grand Bačka Canal.

Record of the visit of the Austro-Hungarian Emperor Franz Joseph to Mali Stapar. 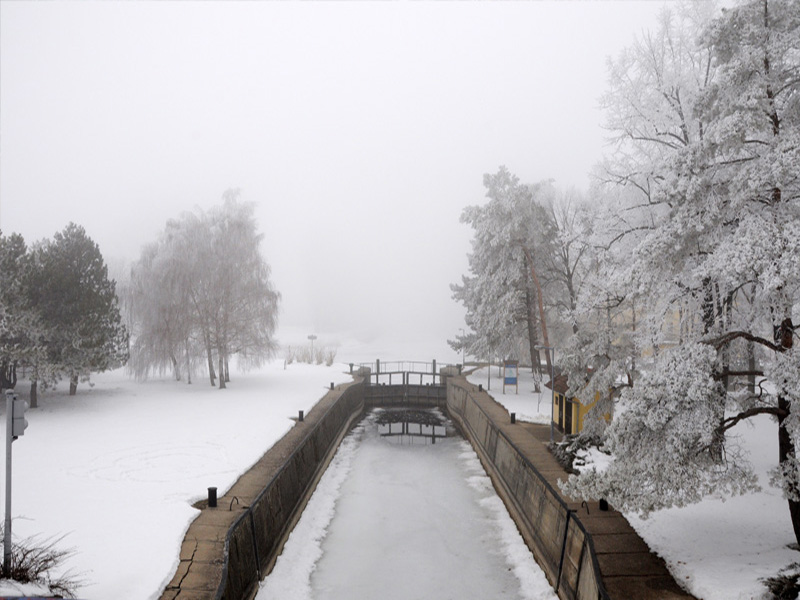 “The emperor visited Mali Stapar on April 23rd, 1872, on St. George’s Day, and a new canal was dug there at the time. There was a Mass served and the emperor took silver shovel and loaded the earth into a silver cart and there in the lower stone a pit was carved, a feet deep and a feet and a half wide and there the Emperor Franz Joseph put his ducats and written paper and there is a foundation in our pit; then the stone was put and the emperor was the first to throw mortar, and then our stone empress was built high. He had lunch in Mali Stapar and passed through Sivac, Crvenka, Kula over canal… “ 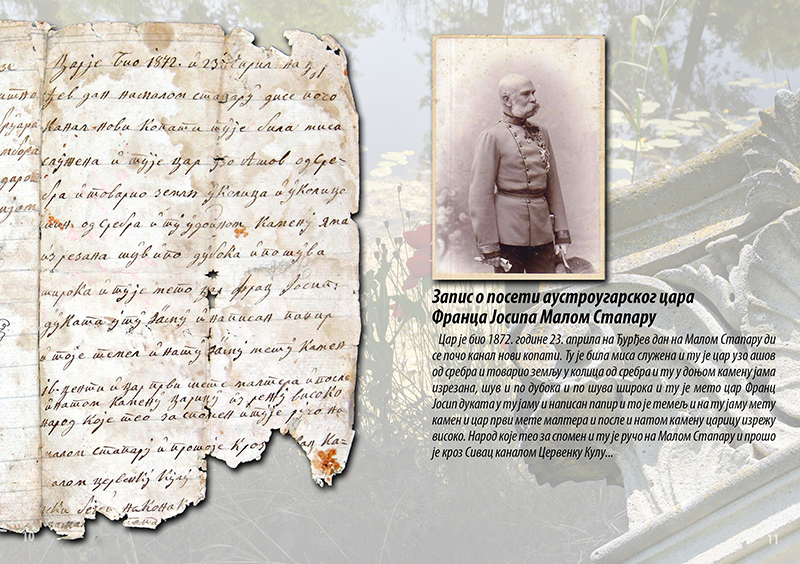 The Emperor’s General Ištvan Tir ordered that a monument “Regina Pannonia” – Queen of Pannonia be built at the place where the Emperor marked the beginning of works on the construction of a new canal, in memory of the event.

The natives call this monument “Empress” (probably connecting it with Empress Maria Theresa) – it is still located at the junction of two canals. Various legends are associated with monument still today.

One of the legends says that a treasure is buried under the “Empress”, the other that there is a golden cart under the monument…However, among various legends there is a true story about an attempt to demolish the monument. In 1915, Serbs living in Mali Stapar, as a sign of dissatisfaction with the Austro-Hungarian government, tied the “Empress” with ropes trying to demolish the monument. However, on that occasion, they tore off the “head” of the monument and threw it into the canal. At that time, current Austro-Hungarian government promised a great reward to the founder of the head. Divers from various parts of Hungary came in search of the Empress’s head. To this day, the head has not been found.