Kula, the beautiful town in Vojvodina is located in the center of Bačka, 51 kilometers north of Novi Sad and 135 kilometers from Belgrade, at the intersection of road transportation, railways and waterways in central Bačka. According to the 2011 census, there are 43,162 inhabitants in the municipality of Kula, while 17,973 inhabitants live in Kula itself. Like most other places in Vojvodina, Kula is a multinational environment. Serbs make up about 50 percent of the municipality’s population, Montenegrins 15 percent, Rusyns 11 percent, Hungarians about eight percent, Ukrainians three percent, whereas members of other nations participate with no more than two percent in the total population. The Rusyns add an ethnic uniqueness to the municipality of Kula. They are members of the Slavic people who immigrated to the territory of Vojvodina from eastern Slovakia in the 18th century. Today, the largest number of Rusyns from Vojvodina live in Ruski Krstur, where they make up over 80 percent of the population.

Kula is well connected with its surroundings and other places in Vojvodina and represents a unique kind of road and railway traffic hub of central Bačka, through which several roads and railways of regional and local type pass. Kula can be reached from Belgrade and Novi Sad via Vrbas by the international highway E-75 Belgrade-Budapest, as well as the old highway Belgrade-Novi Sad-Subotica. The transverse regional road Bogojevo-Odžaci-Kula-Vrbas-Srbobran-Bečej-Kikinda passes from the west to the east through the area of ​​Kula. Two regional roads also pass through the territory of the municipality; Kula-Lipar and Sombor-Sivac-Crvenka-Kula. The main railway connection with its surroundings the municipality of Kula has due to the Vrbas-Kula-Sombor railway. Kula also has the possibility of water traffic through the canals of the hydro system “Danube-Tisa-Danube”. Three canals flow through its territory: Bogojevo-Bečej, Bezdan-Vrbas and the Kosančić-Mali Stapar canal. The lowland relief with two basic relief units is typical for the area of the municipality of Kula; The Telečka loess plateau in the north, called the “Telečka plateau”, whose altitude is 105 meters, and the Bačka loess terrace in the south, 83 meters above sea level. Kula is located at an altitude of 86 meters. The climate of the area is temperate-continental, lowland, with warm summers and cold winters. The average annual temperature is around 11 degrees Celsius. The coldest month is January, and the warmest is July. 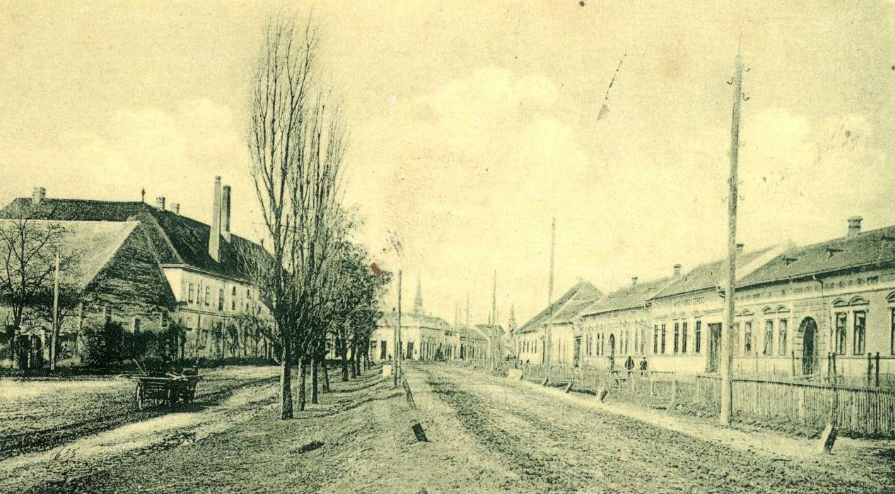 Kula is one of the oldest medieval settlements in Bačka. In the area of ​​today’s settlement at the beginning of the 16th century, after the Battle of Mohács, there was a smaller earthen fortification, a tower, with a Turkish military garrison and a smaller number of Serbs and Bunjevci living around. It is assumed that the entire settlement later took its name from this earthen tower. The earliest written mention of Kula is found in the census of the estates of Count Ferenc Velešni from 1652, which lists the duties for the Upper and Lower Kula, as well as for the settlements of Mala Dobra and Ban Dobra. The tower is also mentioned in the record of Count Sterenberg from 1699, as a fortification with a crew of 100 soldiers. Several decades after the inclusion of Bačka in the Habsburg monarchy, the area of ​​Kula was inhabited by Hungarians in 1740, and then by Germans, too, in 1780 and 1785. The modern social development of the settlement begins at the end of the 18th and the beginning of the 19th century, when Kula grows into an advanced place where agriculture, trade, crafts and industry are intensively developed. Hemp, silkworm fibers are processed, a brewery was opened in 1812. A steam mill was opened in 1876, a plow workshop in 1880, a foundry and armature factory in 1882, a silk fabric factory in 1892, and the first decades of the 20th century brought further economic development of Kula. In 1904 a carpentry factory was founded, in 1906 hat factory, in 1908 woolen cloth factory and in 1916, the mill “Žitobačka” was built. In year 1920, a leather factory was built. In the second half of the 20th century, modern industrial companies such as the biscuit factory “Jaffa”, the sugar factory “Crvenka” and the “Stork” mineral water and soft drinks factory, which are today known as successful companies in Serbia, were founded on the rich economic and industrial tradition of Kula. In addition to the food industry and agriculture, which are the leading economic branches of the municipality, construction, trade, catering, traffic and other service activities also make a significant contribution to the development. In the municipality of Kula, tourists of various affinities can satisfy their interests; from lovers of old and sacral architecture, through fans of picnic areas and escapes to the untouched natural environment, to lovers of wine tourism, hunting and fishing and rural tourism.